Every version of the Windows Server operating systems has included the Task Manager real time performance tool. Since at least Windows NT 3.51 the tool has looked and worked very much the same with small differences in each release, but will change a lot in Windows Server 2012. 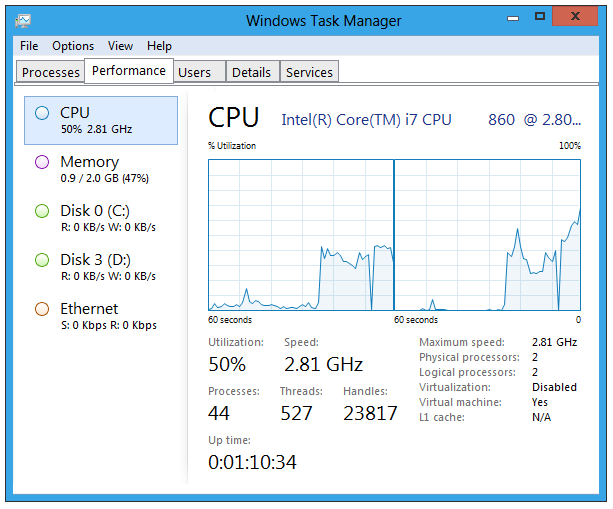 The CPU screen displays the utilization of the processors in the graphical view and also shows the CPU model above (Intel Core i7 860) and underneath the number of CPU sockets (“physical processors”) and if multicore the total number of logical CPUs. We can also note the average utilization 50%, as well as the number of processes and threads. 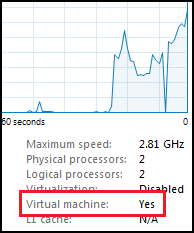 An interesting fact is that Task Manager both is aware and displays that the server is running inside a virtual machine. The Server 2012 beta has detected that this in fact runs inside a VM, in this case VMware Workstation 8.

It is said that the Active Directory in Windows Server 2012 should have better detection and possibilities to handle rollback issues due to users reverting snapshots of domain controllers running inside virtual machine (which should not be done.) 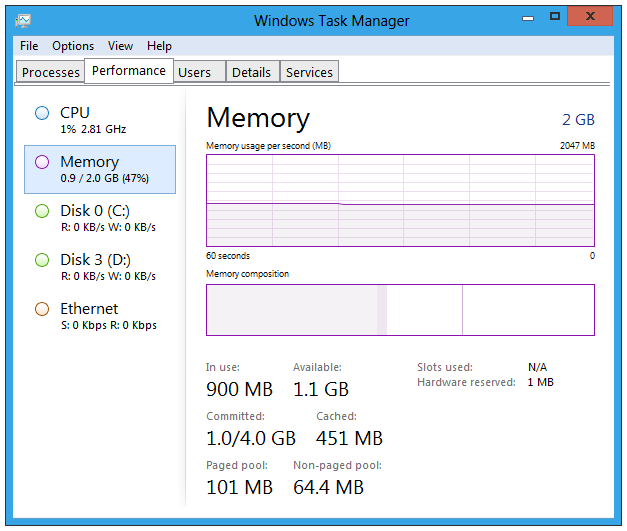 The CPU and memory counters has always been displayed together, but the memory screen is now separated to a different view. The upper graph displays the amount of physical memory installed into the machine (2 GB) and the counter “Commited” below shows the total amount of available virtual memory space (2 GB physical RAM + 2 GB pagefile.)

The middle graph: the “Memory composition” is new to Task Manager and holds some interesting information.

The “Memory composition” graph displays just four areas which might seem vague so we shall look at what they represent. The leftmost part shows the amount of memory used by processes and device drivers, in this case 901 MB. However, the machine uses more physical RAM than this. (The “In use” area is equivalent with the green bar in earlier Windows Task Managers.) The three parts to the right all represent what is called “Available“. This means memory that is either free already or could be made free if needed by user processes.

The “Cached” means areas of memory that is in fact consumed (in a virtual environment this means this memory is allocated). The cached parts of physical memory could be reclaimed if needed by the operating system if there should be a higher demand of memory for the running applications. The final rightmost white area is the amount of memory that really is unused. (To verify the same information in Windows 2008 R2 Task Manager please see this article.) 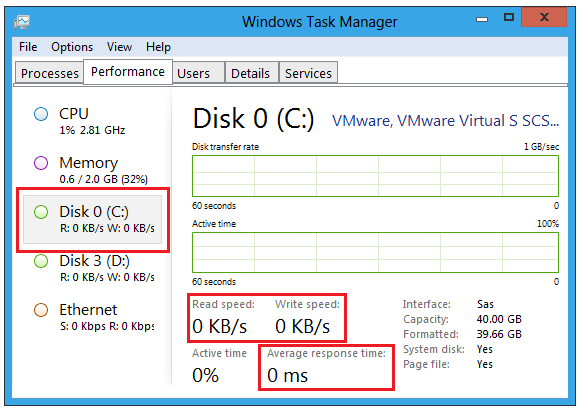 Another new feature in Windows Server 2012 is the inclusion of disk counters into Task Manager. As seen above we have views for each partition (note C: and D: above) and some very useful data easy available. The throughput for both reads and writes in KB/second is displayed as well as the average latency. This could be very helpful in troubleshooting to have this data reachable. Unfortunately the view does not actually work yet in the Server 2012 Beta, so just zero values are displayed. 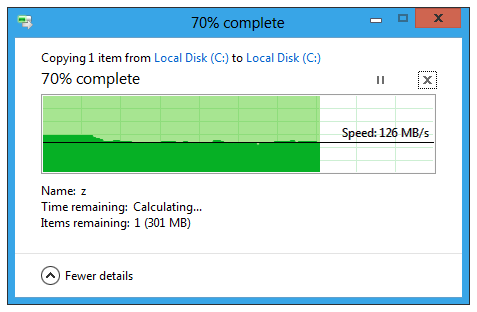 A final quick disk performance related information is the improved view during file copies. We can during the transfer of larger amounts of data follow the performance of the IO operations quite well.

The new Task Manager has been improved in several ways and hopefully will get some more visual modifications until the final Windows 2012 Server product is released. It is very good that more of the important values are easier available, for example the disk counters.