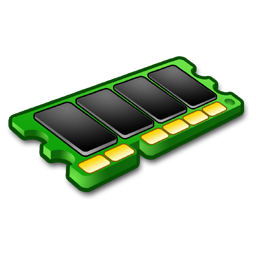 VMware introduces a new licensing model in vSphere 5.0 built on the amount of RAM given to the virtual machines, now called vRAM. This will put more focus on how much memory is given to each virtual machine as we have a “vRAM pool” that should be kept compliant.

Some of the changes from vSphere 4.x is that the new model does not care about how much physical RAM actually is fitted into the hosts and not how many cores each physical CPU has. (In 4.x some editions did not allow more than six cores per processor.) The new model gives the administrator a certain amount of “vRAM” that could be distributed to the started virtual machines. VMs that is powered off does not consume any vRAM. 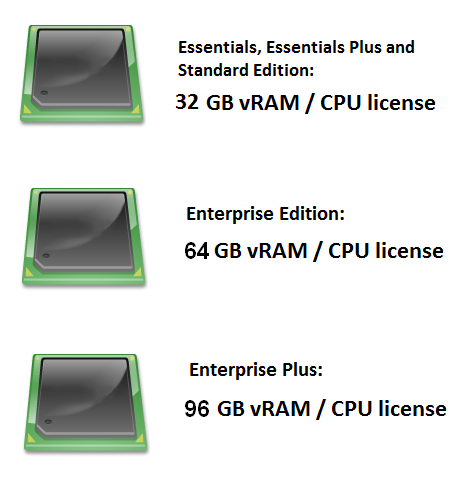 Note that it does not matter how much physical RAM is in your servers. The “vRAM” is the amount of RAM that is given to the started VMs. This also means that you will have to potentially pay more for the great memory sharing features of vSphere, so memory overcommit will have to be balanced against both available physical memory in the hosts, but also against the license model. The amount of vRAM could be distributed to a few large VMs or amongst many smaller with less memory.

The available vRAM could be distributed in any given way among all virtual machines and could be executed on any physical CPU on any host. All vRAM is “pooled” in vCenter, simply meaning that all CPU licenses are aggregated in vCenter and the vRAM could be spread over all VMs on all hosts.

Note also that there is no way to increase the amount of vRAM for a CPU license. If you have the, say, Enterprise Edition (64 GB vRAM) with three physical ESXi hosts with two CPUs and need more than 384 GB (64 x 6) of vRAM for all of the virtual machines, you would have to buy another CPU license (even if you do only have six processors). With now seven CPU licenses you will have 448 GB of vRAM.

The new model will force the vSphere administrator to be more careful how to “spend” the available vRAM to the virtual machines. Since it does not matter how much or little the VM will actually consume from physical host memory, but only the configured amount, this could demand for a review of all existing VMs virtual hardware to make sure we do not “lose” vRAM when not necessary.

With the newer processors coming up to 12 and even 16 cores there will in almost all cases be enough with two physical processors per server. In the years to come as memory drops in prices we will also see more servers with RAM of 256 / 512 and even 1 TB. The license problem with vSphere 5 is that for example a two CPU server with 512 GB of RAM on vSphere 4.1 took two VMware Enterprise Plus licenses, but now will consume 6 licenses and that is just for one host.

Update 1: On the 3rd of August 2011 new licensing rules were presented from VMware which these changes:

Another change was that a single VM can never consume more than 96 GB of vRAM, no matter the size of the allocated RAM. This means for example that a really large VM with, say, 256 GB of RAM only reduces the vRAM pool with 96 GB.

Update 2: On the 27th of August 2012 the concept of vRAM licensing was dropped.

1 thought on “The new vRAM license model in vSphere 5”